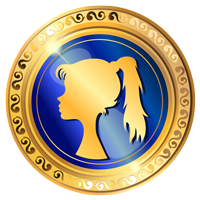 Virgo will begin 2023 with great creativity, 2019 was a year of a lot of mental and emotional rigidness. However due to a strong influence of the moon and Mercury, Virgo will begin the New Year with a sense to renovate and leave behind mental structures and limitations.

Family, The year 2023 will be a great year to improve communications with the offspring. Natives of this sign will be willing to listen and put themselves in other people’s shoes.

Economy: Virgo will have to be willing to bear during the first quad trimester of the year, the negative influence of Mars, for this motive, they could have frequent loss of money or money scams.

Natives of this sign who are in the process of a judicial process due to an inheritance or worker’s compensation will need to arm themselves with patience because the outcome will be positive but will be prolonged.

Work: Virgo will tend to act too naïve. During the first months of the year, someone will appear with a business offer with a promise to make a fortune with little time. The key for Virgo will be distrust, don’t believe in business promises with extraordinary gains. If Virgo manages to overcome the first quad semester without being scammed, the remainder of the year will be very positive and will manage to increase their capital in a reasonable way.

From January to middle of the year, the love scope for Virgo will be governed by a strong influence of Venus, all of the important events that occur, positive or negative, on a sentimental level will occur within the first six months which will be characterized to be very intense.

Men and women who are in a couple relationship should use all of their will power so they won’t fall into infidelity. The year 2023 will bring into their lives someone who will dazzle them at first sight and therefore will be willing to leave everything. This could be an important love from the past or someone new from a work.

Crisis in the couple whether it’s courtships or marriages is inevitable. However the appearance of this third person will help bring into evidence the problems that have existed for quite a while. Virgo will need to make an important decision and make it quick because the situation will not allow them to take much time to think.

In the lapse of January until June, unexpected and drastic changes could occur to their marital status, from divorce to matrimony.
Today
Tomorrow
Week
2023

Send us your comments / suggestions