The Energy in Earth 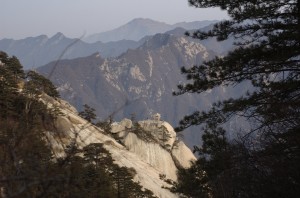 China is and was the settlement of a civilization with provided a lot of knowledge and technologies that are essential when used for all the humanity and its benefits, even that it is true that the vast majority of this knowledge has disappeared in the West world. A piece of this knowledge Feng-Shui, which means Air- Water and that it builds the essence of the science that studies the energies of the Earth.

It is unquestionable that from places we have vibrations and, even that the physicians of the West have not yet recognized it, it exists for Chinese people from centuries ago and there is an instrument to measure them: it is a kind of compass that is used to detect the intensity of the telluric force in all the possible directions and it is even used for tracing the paths, the settlement of towns, the building of houses and the design of the gardens.

This comes from the believing that Chinese people have that the Earth has soul or a vital ethereal energy. This means that in the same way that acupuncture improves the human being in mind and body, Feng-Shui regularizes the relationship between the soul of men and the Earth.

In this way, the ancient menhirs would be something like an acupuncture of the Earth and the men in the prehistory age should have had a big intuition to get to understand the existence of the telluric forces of the Earth. Moving on this premise, the places where the holy places where established was not but chance. The hermitages, for example, were places far from the town, making it compulsory of the citizens to move to where they were.

The dancing that were done in this special places have a relationship with the ideal that the foot, when hitting the ground, gets its energy and it prints to the body a rhythm which, according to the conception of the ancient people, was harmonic with the telluric energy that wished to be absorbed.

The notions of the ancient people regarding the telluric forces would explain the ancestry costume of visiting some holy places that do not have this condition duet to the fact that there has been built a temple or a church, for example, but because they were chosen as energetic points in themselves and that because of this, they were chosen to be the place for the new buildings. If it was not being like this, how can be explained that a lot of them are so far and in inaccessible places? The temples are built on older temples and these, in their turn, on prehistoric megaliths. Many students of this issue claim that you can feel the telluric force, with impressive intensity, in the most important cathedrals in the world.

For the West, however, and for some more time for sure, it will continue to be a hypothesis with relative validity until an instrument is invented which allows them to make the measures of the phenomenon.

For Chinese wisdom and, many centuries ago, the reality of the telluric energy is defended evidence by both the sensitivity and the science.